Kangana Ranaut Lambasts at Bollywood: Kangana Ranaut is back on Twitter after the ban on her handle due to “repeated violations” of its hateful conduct and abusive behaviour policies. The actor tweeted about the Emergency wrap up as she shared a clip of behind-the-scenes moments from the movie. She also wrote about Bollywood’s obsession with box office numbers and how it is affecting art. Without mentioning any names, Kangana also accused some artists of ‘polluting the very fibre of art and culture in the nation’. The Emergency actor’s remarks have come up during the release of Shah Rukh Khan’s espionage-thriller Pathaan. 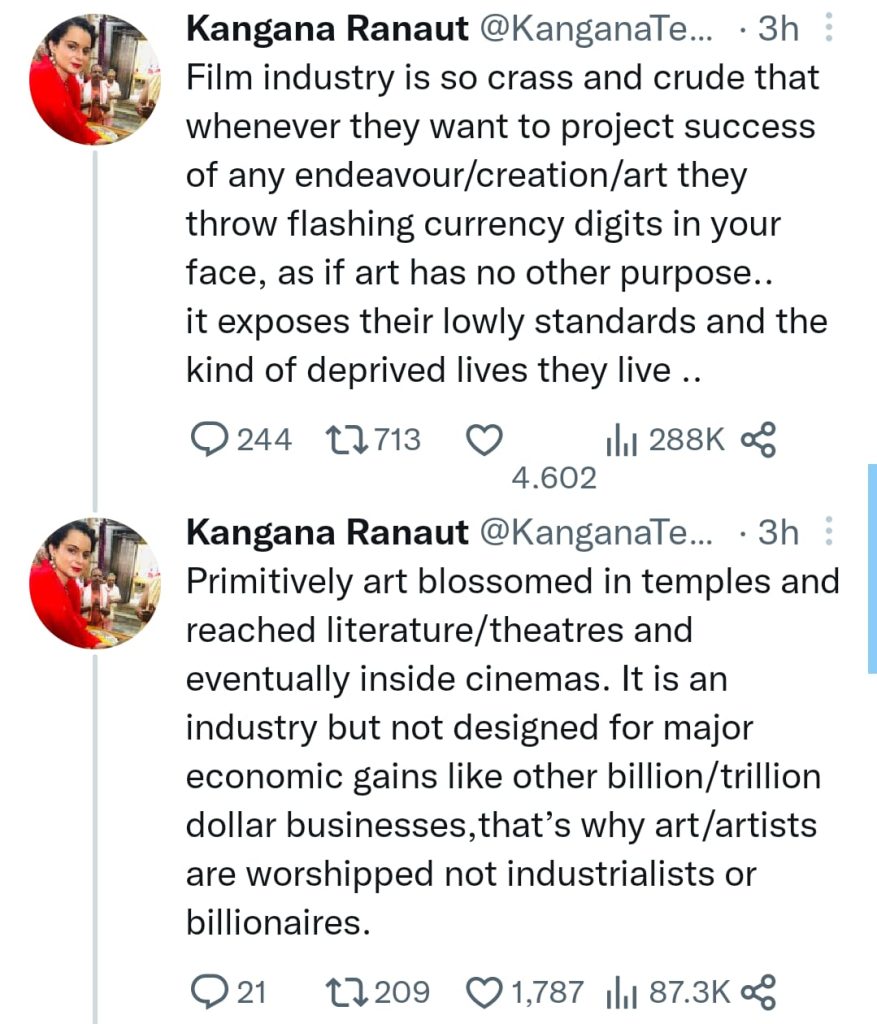 Kangana on Wednesday morning tweeted, “Film industry is so crass and crude that whenever they want to project success of any endeavour/creation/art they throw flashing currency digits in your face, as if art has no other purpose.. it exposes their lowly standards and the kind of deprived lives they live.” She further added, “Primitively art blossomed in temples and reached literature/theatres and eventually inside cinemas. It is an industry but not designed for major economic gains like other billion/trillion dollar businesses, that’s why art/artists are worshipped not industrialists or billionaires.” The actor concluded as she wrote, “So even if artists indulge in polluting the very fibre of art and culture in the nation they must do it discreetly not shamelessly…”

Kangana will also be seen in Tejas where she plays an Air Force pilot. She has also been cast as Sita in the upcoming mythological drama of the same title.
For more updates on Kangana Ranaut, check out this space at India.com.
Advertisement