Actress Kangana Ranaut returned to the microblogging site Twitter on Tuesday, January 24. Her comeback tweet read, “Hello everyone, it’s nice to be back here.” She further tweeted a BTS (behind the scenes) video of her upcoming film ‘Emergency’ and the news has the fans excited! She attached a caption with the BTS video – “And it’s a wrap !!! Emergency filming completed successfully… see you in cinemas on 20th October 2023”. 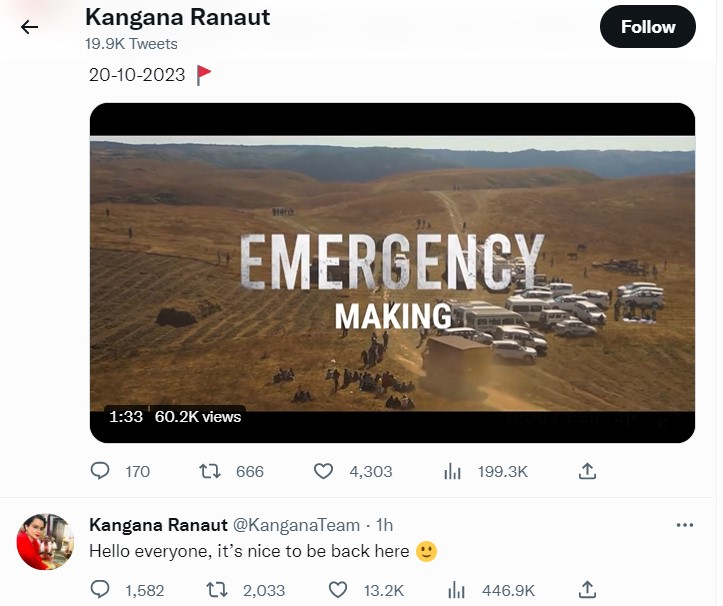 Kangana’s fans are quite ecstatic to have her back and many even replied to her tweet saying, “Welcome back!!!” However, an official blue tick from her profile is missing, which fans are hoping will be attached to her account soon. 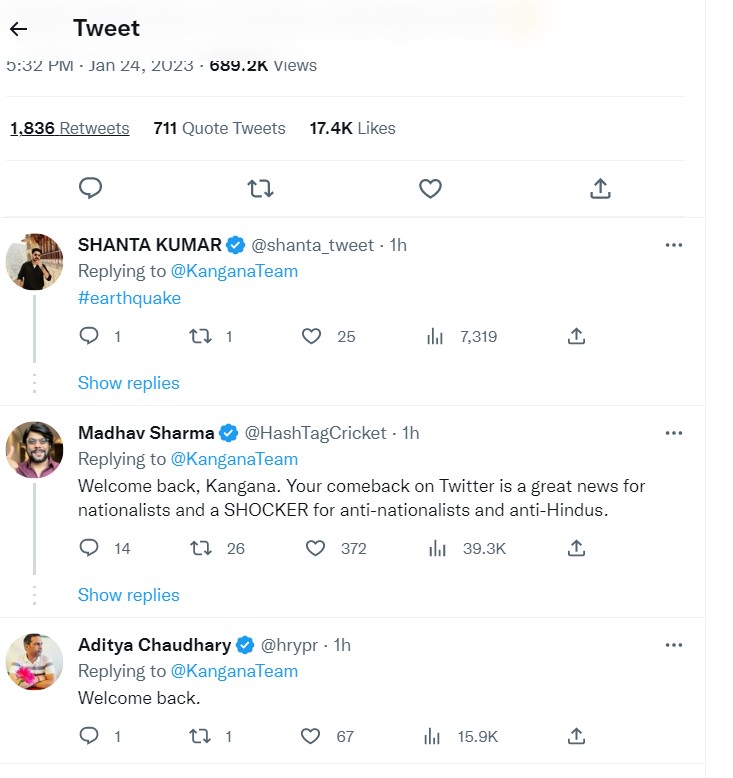 Last year, in May, Twitter “permanently suspended” Kangana’s account on Twitter after she posted a series of tweets making derogatory remarks on the recent results of the West Bengal assembly elections.
In her tweets, the ‘Queen’ star demanded President’s rule in West Bengal after Mamata Banerjee-led TMC defeated BJP in the state elections last year.

Taking to her Twitter handle, the National Award-winning actor used demeaning words against Mamata. In a series of controversial tweets, Kangana called her an “unleashed monster”.

According to a Twitter spokesperson, Kangana’s account was constantly provoking anger and violence, which was diminishing the value of global public conversation on the platform.

After Elon Musk took over the reins of the micro-blogging site in October last year, Kangana expressed her willingness to be back on Twitter. Ranaut’s Instagram stories were cascading her fan’s requests to retrieve the actor’s suspended account.

(With inputs from ANI)