Adil Hussain on Bhagavad Gita And Portraying Lord Krishna | Exclusive: Adil Hussain, known for his roles in English Vinglish, Life of Pi, Mukti Bhawan and Parched, is once again back with his spy-series Mukhbir. He is also getting all the accolades for his upcoming films The Storyteller And Max, Min and Meowzaki, both showcased at the Busan International Film Festival.  The National Award-winning actor is not just loved for his artistry, but his eloquent way of expressing his views on life and world issues. Adil, in a past interview had spoken about his wish to play both Lord Krishna and Arjuna in a play called Karma Nishtha. In an exclusive with India.com, the actor spoke about the influence of Bhagavad Gita in his life and why it is a book every human being should read.

Adil, on being quizzed whether he would like to play any character from Ramayana or Mahabharata in a cinematic adaptation. As he recently did a play called Karmanishtha, inspired by the dialogue between Krishna and Arjuna from Bhagavad Gita, he said, “I’m not sure if I would play, if it is from a series and all, depending upon who’s making it. How the characters are being laid out and how it is written, that’s very important for me. The dream of being Krishna has been with me since 1993, when I touched Gita. At that time I attempted to read it, but I couldn’t finish as I didn’t have the maturity to even understand. But it so happened in 2010 or 2009 that my friend and mentor Dilip Shankar wrote a play called Karmanishtha. It is a dialogue between Lord Krishna and Arjuna.” 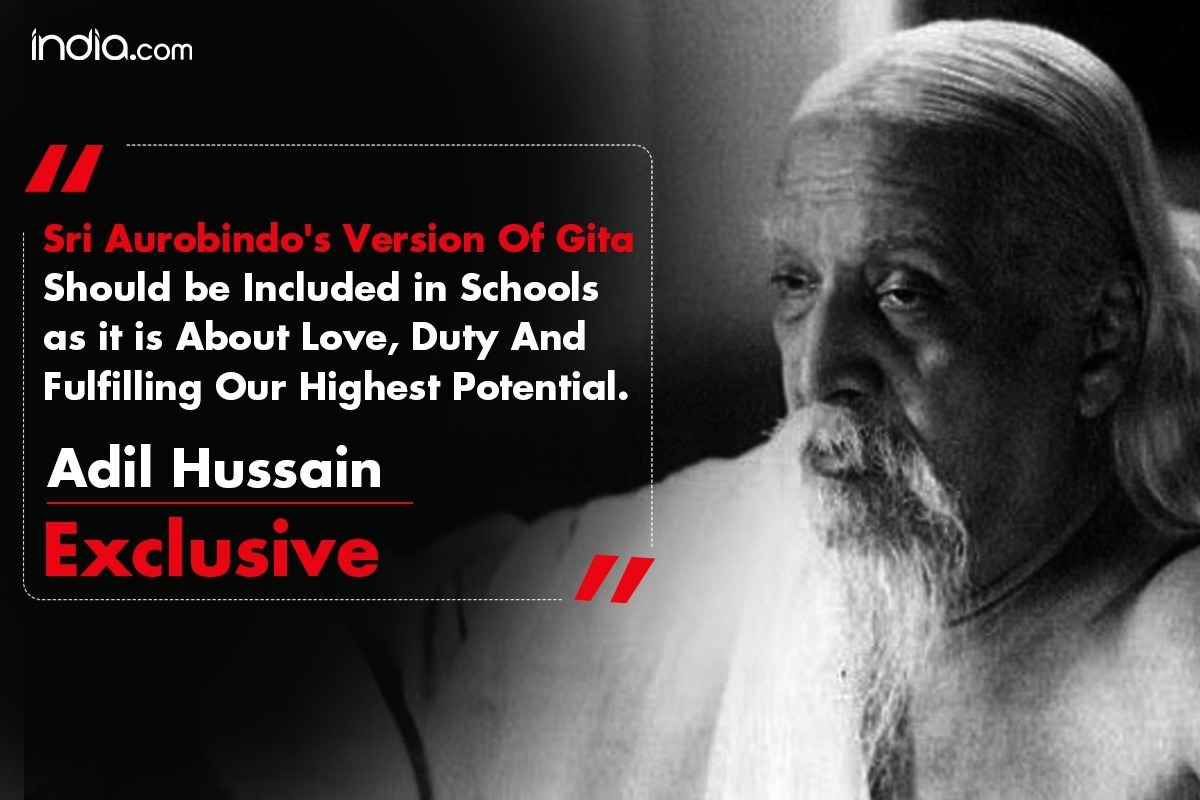 ADIL HUSSAIN SAYS BHAGAVAD GITA IS ABOUT REINVESTIGATING OURSELVES

Adil feels Bhagavad Gita is more about reinvestigating ourselves. Sharing about his understanding of the ancient text, he says, “When I read it I understood what Krishna was trying to ask Arjuna, i.e. first find out why are you doing what you are doing, what is your intent. There is a huge difference between intent and intention. Intent is essence of intention. Where am I operating from? What is my operating space? It’s about reinvestigating, to find out. The actor further adds, “Dilip Shankar’s interpretation of Gita deals with that part which is the gist of it. What is my operating energy with which I have come to fight the war? Krishna asks Arjuna that ‘you are a Kshatriya, it is your Swadharma to fight the war and you are fighting for a greater cause, then why are you shying away from starting the battle!’ So, we are re-examining for ourselves, what is it that Krishna is trying to tell Arjuna.” 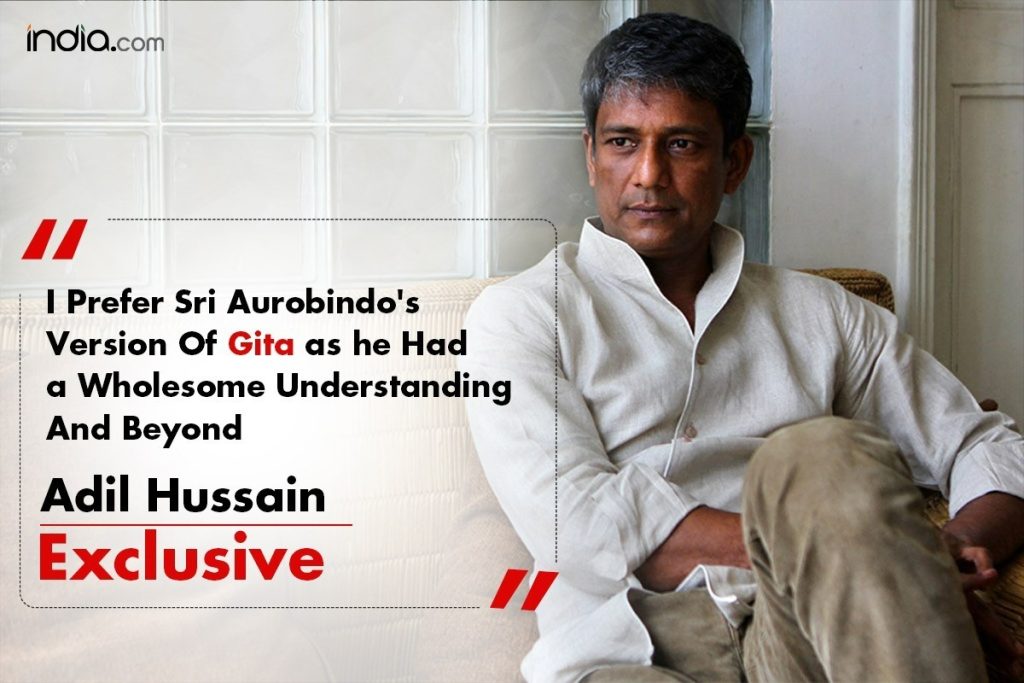 Adil reveals while doing his research for the play Karmanishtha, he ended up reading several versions of Bhagavad Gita. But it was Sri Aurobindo Ghosh’s version that he found to be the most mind-blowing. He opines, “Sri Aurobindo He himself was an enlightened being, so I rather prefer his interpretation. I am inclined more towards a person who has a wholesome understanding and beyond. That’s why he is known as Maharishi Aurobindo. When I read Sri Aurobindo’s version of Gita, I realized this is a book, probably every human being on the planet should read.” The actor feels Gita should be included in schools as it is about love, duty, responsibility and what could a human being become in future. He states, “From what we are now to the potential of becoming a human being, that’s why we used the word being because it is the process of happening. It is the process of fulfilling our highest potential.” 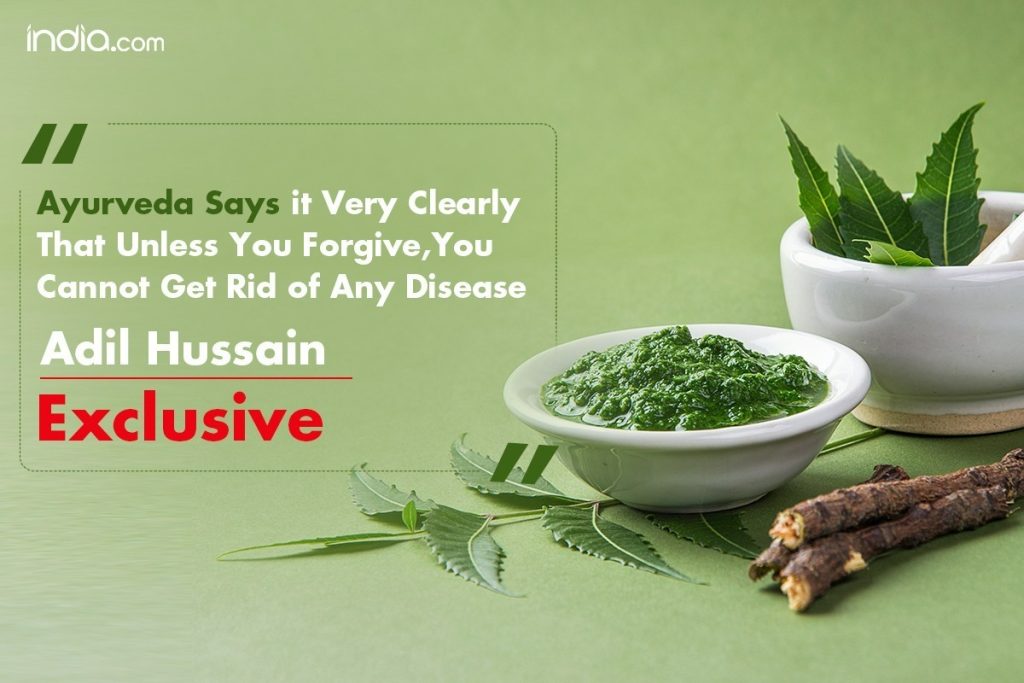 ADIL HUSSAIN STRESSES UPON THE UNIVERSAL WISDOM OF BHAGAVAD GITA

The Mukhbir actor mentions that his director, writer and co-actor Dilip Shankar wanted him to play both Krishna and Arjuna. According to him, it is an internal dialogue between the lower self and higher self. Adil points out, “The wisdom is coming from within, but for the sake of people to understand, there are two characters. it does not matter to me whether these two characters have lived or not because of the wisdom that is involved. That’s why we tell stories as it changes people’s perceptions and awareness.” The actor concludes by reflecting on the universal wisdom of ‘forgiveness’. Adil says, “Tt doesn’t matter to me whether Jesus lived or not. But when he says ‘forgive them Lord, they know not what they are doing’ while being crucified, is a very powerful wisdom. That you must be able to forgive as without forgiveness if you live, those grudges, accusations and hatred will eat you up. Ayurveda talks about it very clearly, that unless you can forgive, you cannot get rid of any disease.”

For more updates on Adil Hussain, check out this space at India.com.