RRR For Oscars: Even though it’s not India’s official entry to the Oscars 2023, RRR could still bag a nomination at the awards. The makers have now nominated the film in as many as 14 categories to try their best at making a grand entry at the Oscars next year. The SS Rajamouli directorial has joined the ‘For Your Consideration’ campaign for the Academy award nominations under which foreign films can nominate themselves in various categories to bid a chance at the Oscars’ nominations.

Releasing an official statement about taking new efforts to ensure RRR gets the love at the Oscars, the makers wrote, “We are honoured that RRR’s overwhelming success represented Indian Cinema on the global stage by creating milestones at the worldwide box-office and uniting film buffs across the world by transcending linguistic & cultural barriers.” 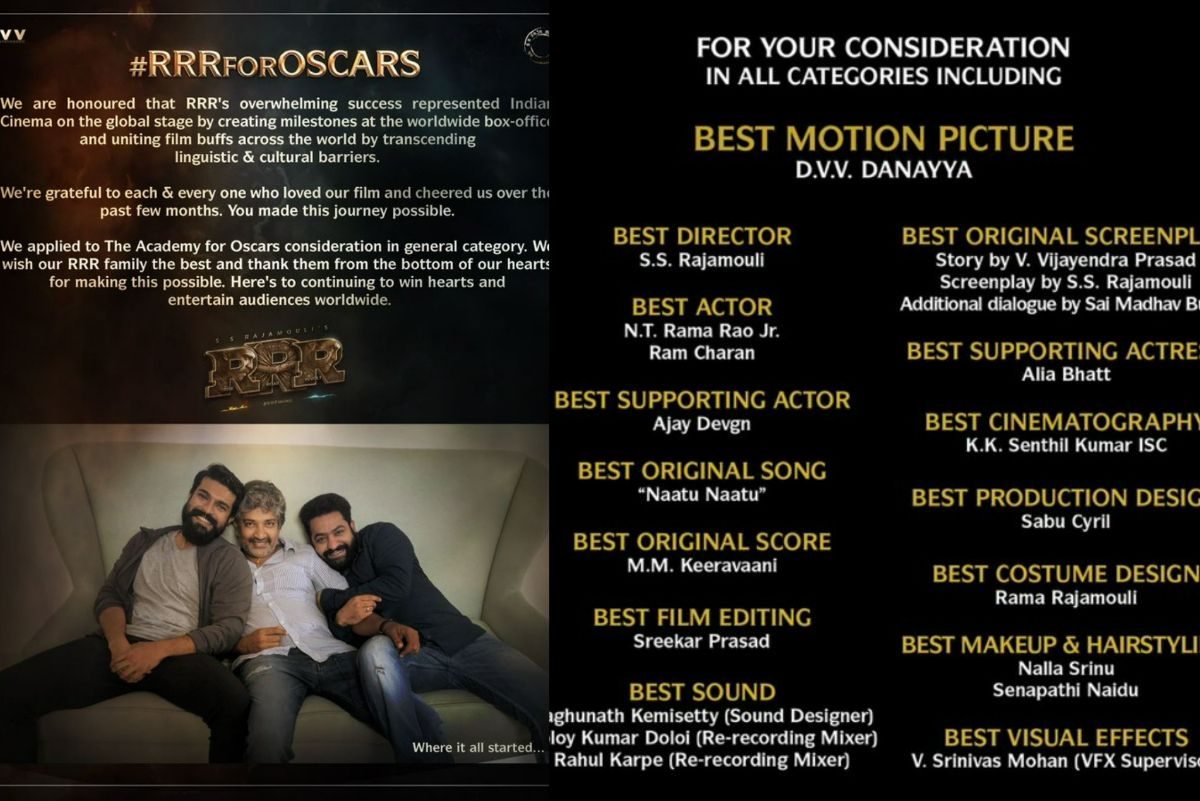 The makers added, “We’re grateful to each and everyone who loved our film and cheered us over the past few months. You made this journey possible. We applied to The Academy for Oscars consideration in the general category. We wish our RRR family the best and thank them from the bottom of our hearts for making this possible. Here’s to continuing to win hearts and entertain audiences worldwide (sic).”

Ever since the news came out, the fans of the film and those who were rooting for RRR to travel to the Oscars expressed their happiness on social media. Do you finally see RRR at the Oscars now?