Deepesh Bhan death: This morning internet woke up to the sudden death of Bhabi Ji Ghar Par Hain actor Deepesh Bhan, who entertained everyone with his role of Malkhan on show. According to reports, the actor was playing cricket with a bunch of his close friends when he suddenly collapsed and fell on the ground. He was rushed to a nearby hospital where he was declared dead. His co-stars from are in a state of disbelief and mourned the actor’s death on social media. Meanwhile, actress Shubhangi Atre, who plays Angoori Bhabhi on the show confirmed that Deepesh died of brain hemorrhage.

In a conversation with etimes, Shubhangi said, “I stay in the same building and right now I am at his house. Initially, we were told it is heart fail but now we are being informed it is brain hemorrhage. He went to play cricket with his friends in the morning and collapsed on the ground.” When asked if he had complained of any health issues, she replied, “No, he was fine, he was playing cricket and was on the ground today morning.” 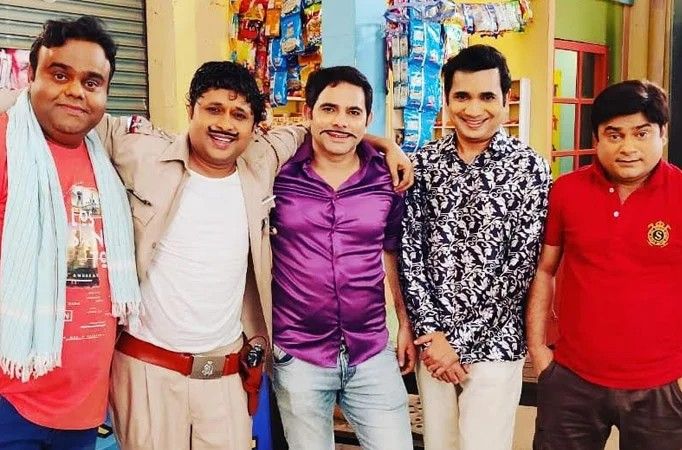 Earlier, Deepesh’s death was confirmed by the producers of the show, Sanjay & Binaiferr Kohli who shared an official note: “We are deeply saddened & shocked by the sudden demise of our beloved Deepesh Bhan. One of the most dedicated actors in Bhabiji Ghar Par Hai and like our family. He will be deeply missed by all. Our heartfelt condolences to his family, May his soul Rest In Eternal Peace.”

May the departed soul rest in peace!